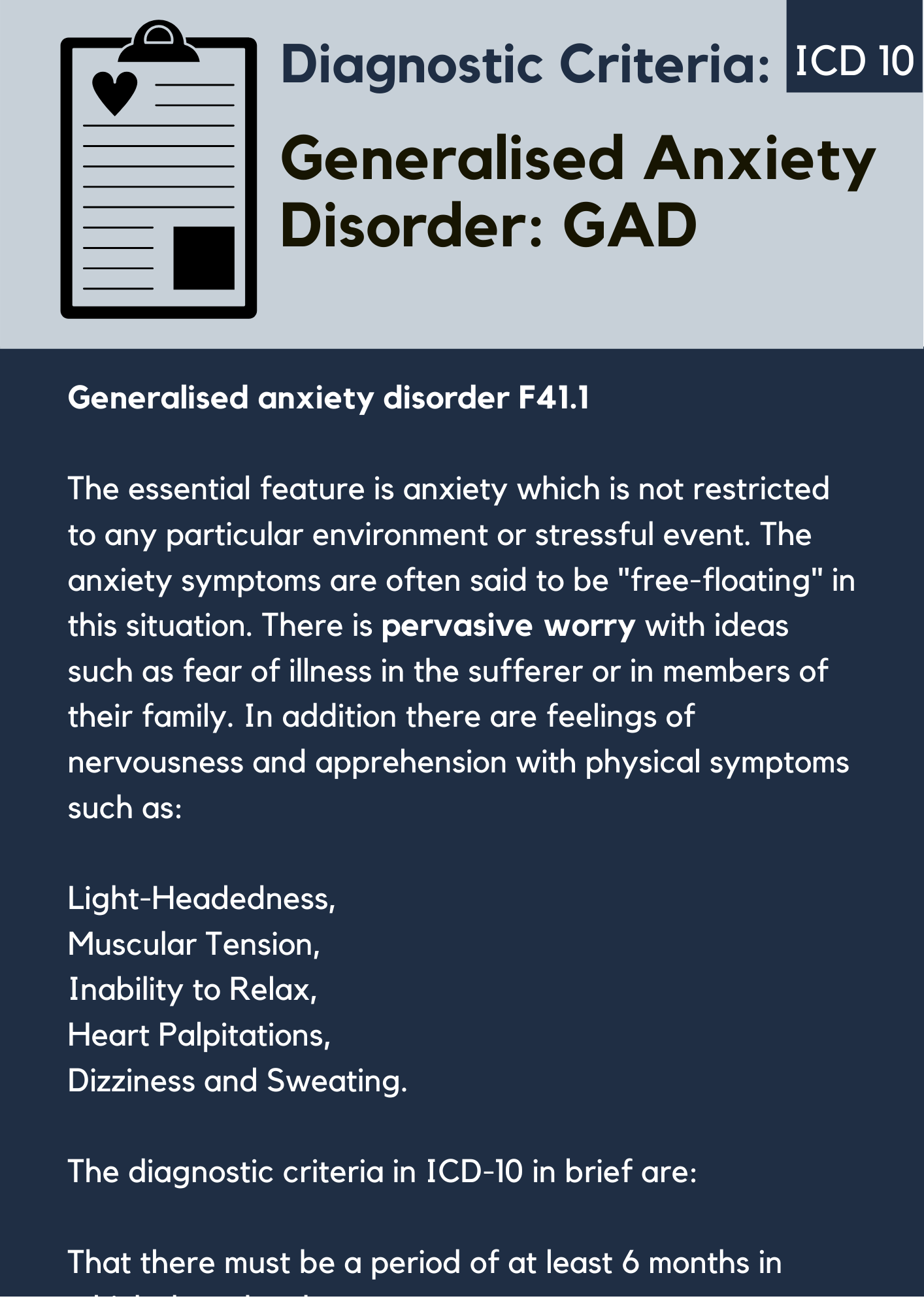 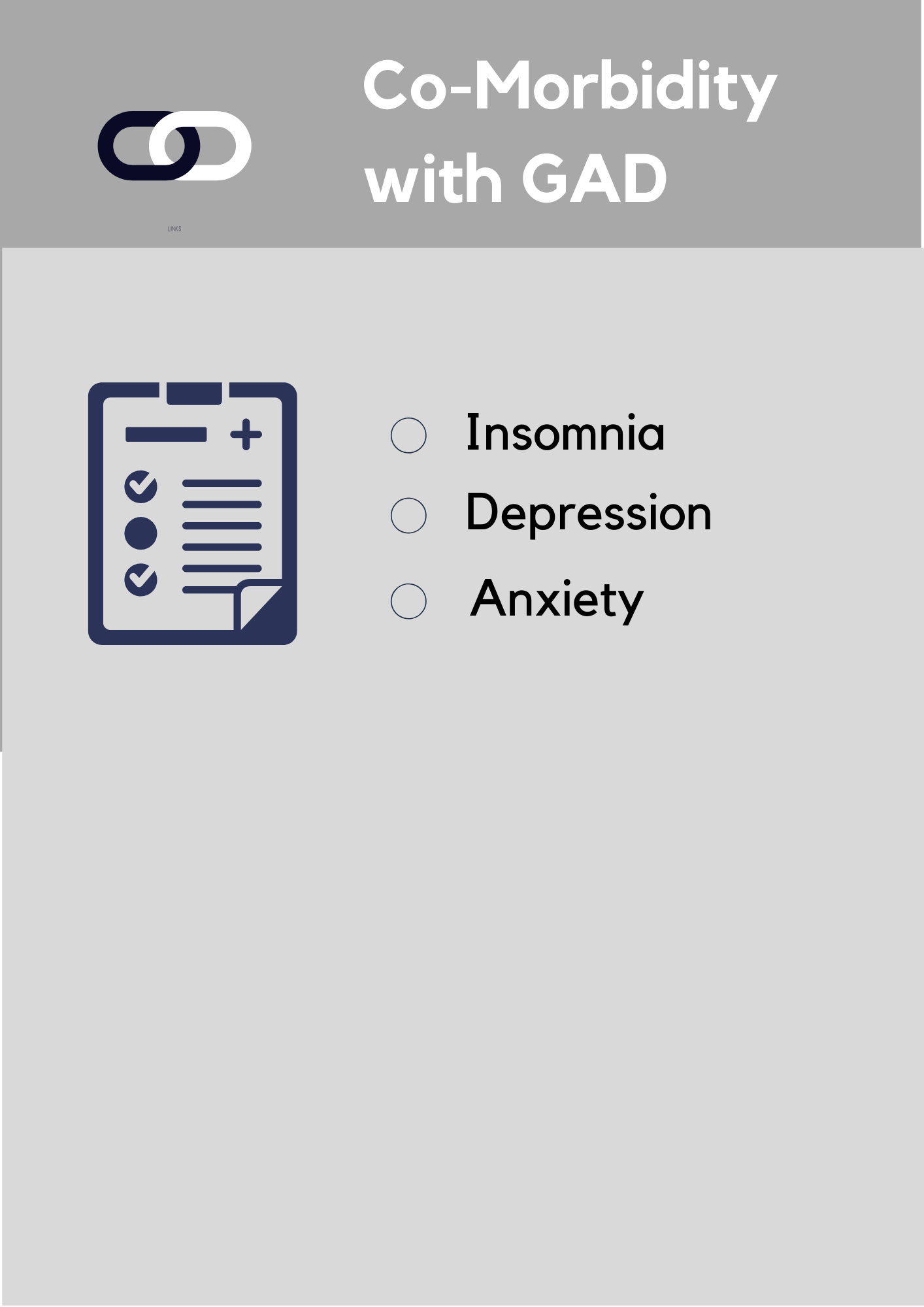 21. The essential feature is anxiety which is not restricted to any particular environment
or stressful event. The anxiety symptoms are often said to be “free-floating” in this
situation. There is pervasive worry with ideas such as fear of illness in the sufferer or
in members of their family. In addition there are feelings of nervousness and
apprehension with physical symptoms such as light-headedness, muscular tension,
inability to relax, palpitations, dizziness and sweating.

22. The diagnostic criteria in ICD-10 in brief are:

22.1. That there must be a period of at least 6 months in which there has been
prominent tension, worry and apprehension about everyday problems.

22.3. In addition there is muscle tension, restlessness and inability to relax, feeling
“on edge” or tense, a sensation of a lump in the throat or difficulty
swallowing. There may also be an exaggerated response to being startled,
difficulty concentrating, persisting irritability and difficulty getting to sleep
because of worrying.

22.4. Similar symptoms can be caused by physical disorders such as
hyperthyroidism, the consumption of amphetamines or withdrawal from
benzodiazepines. To be diagnosed as generalised anxiety disorder none of
these physical disorders must be present.

22.5. The sufferer must have the symptoms on most days, for at least several
weeks at a time (and usually for several months).

23. The disorder also appears in DSM-IV. However at least six symptoms must be
present (as opposed to four in ICD-10). It has also been noted that the condition is
very difficult to diagnose, different diagnosticians varying greatly in their opinions as
the symptoms are very common in many other psychiatric disorders.

Do you Suffer with Generalised Anxiety Disorder (GAD)?

Take this quick test to find out. 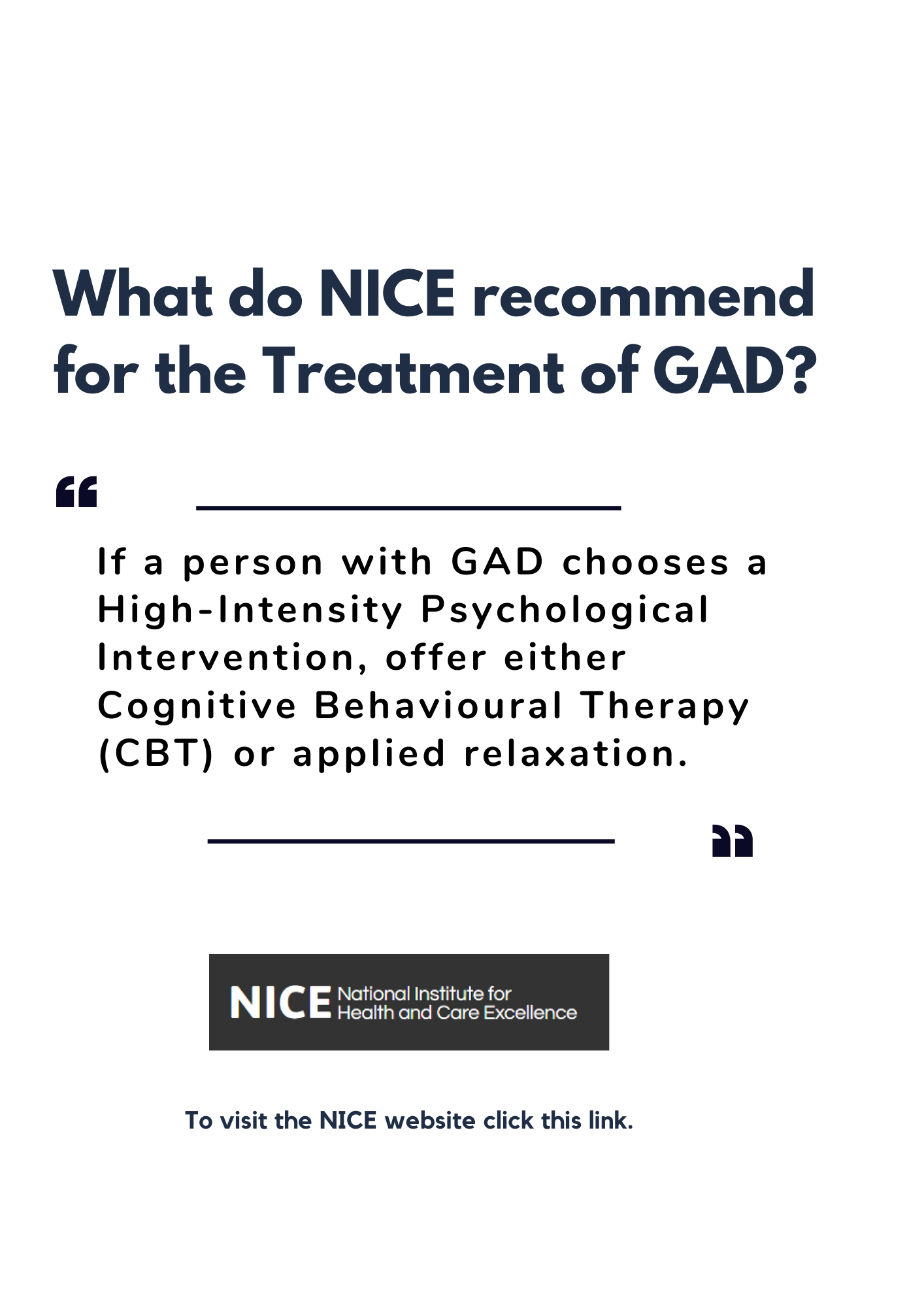 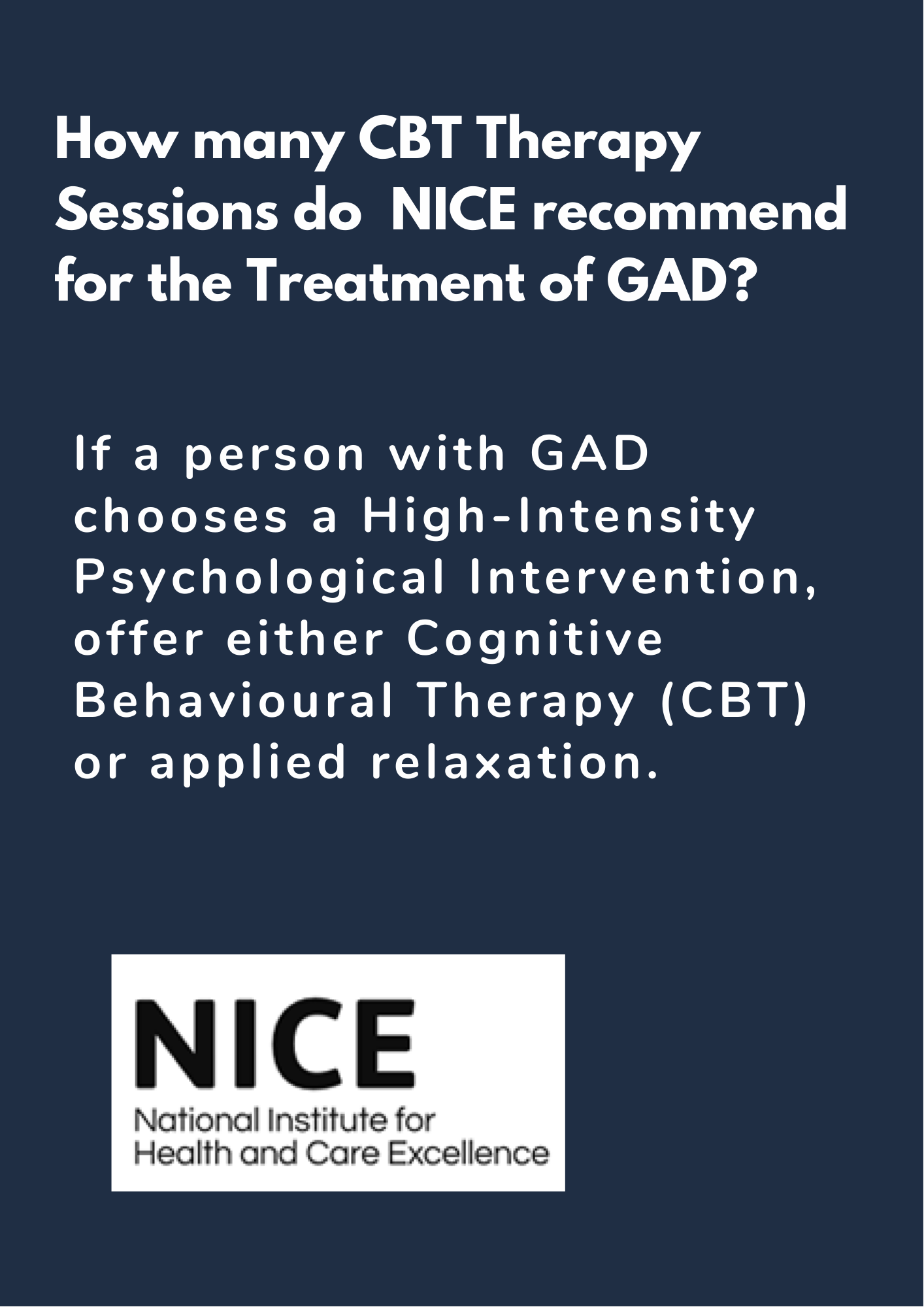 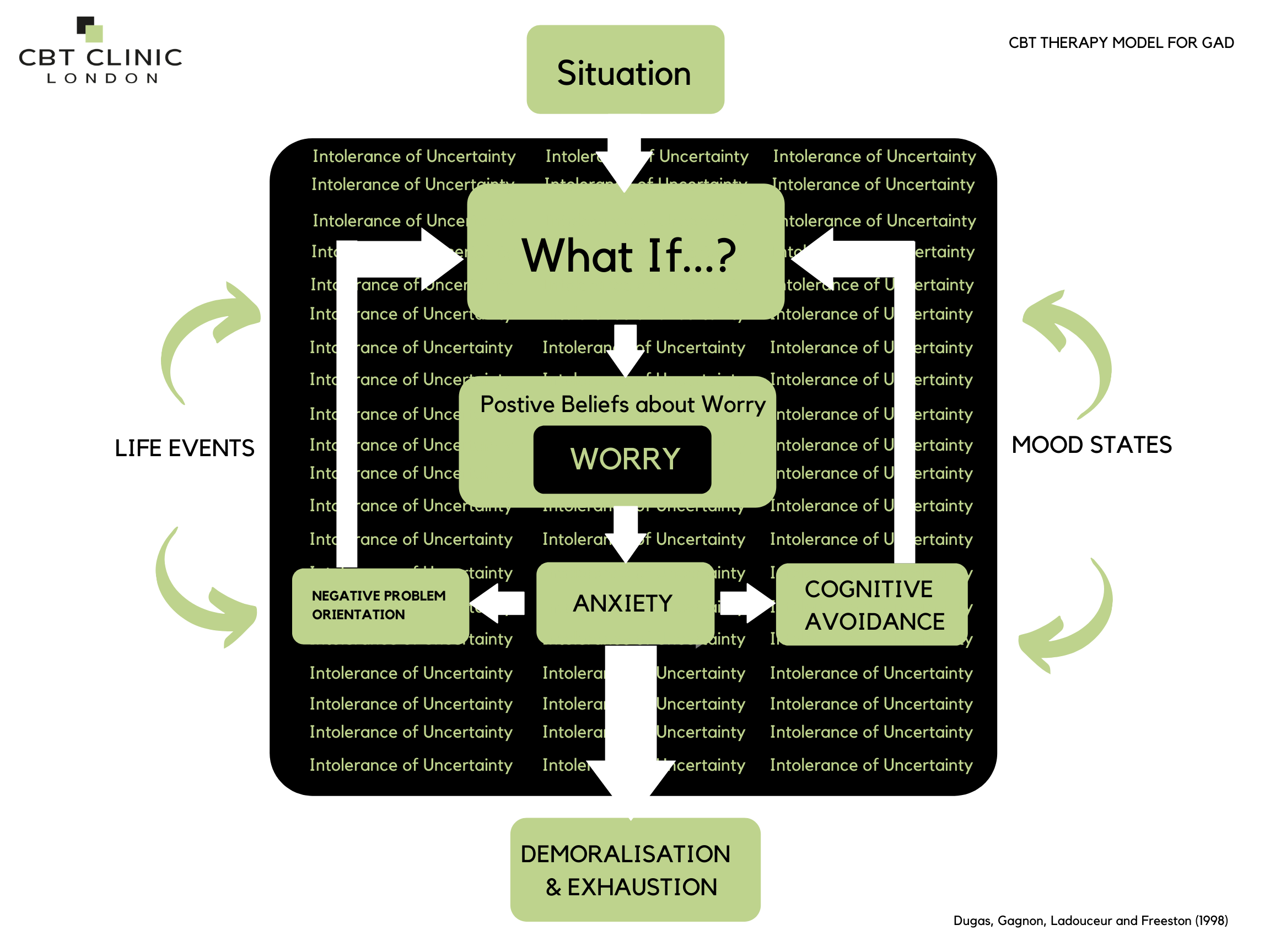 Generalised Anxiety Disorder ( GAD ) then reach out to us using the form below.